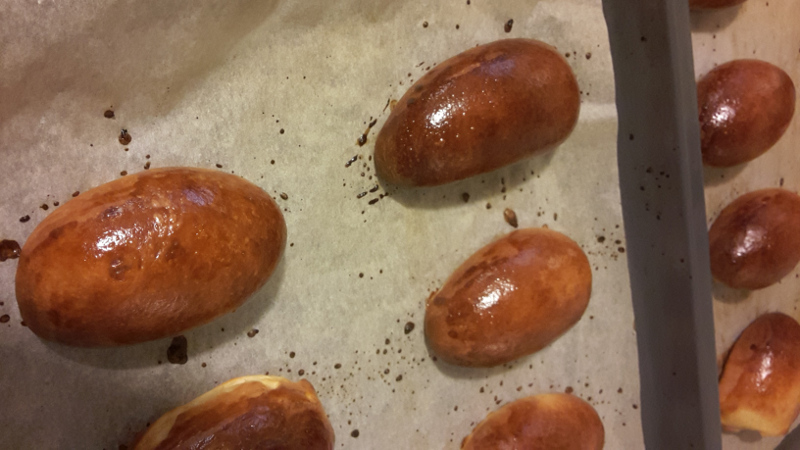 Maritozzi are sweet, ovals buns that you can find in Rome. They are delicious and you can’t visit Rome without tasting them. We will accompany you to discover this Roman tradition.

Gioacchino Belli, a roman poet  from the 18th century, talking about Maritozzo said:

“rhomboidal buns made of flour, oil, sugar and sometimes candied, or anise or raisins…they are eaten mostly during Quaresima”

From Middle Ages till today, a love that resists 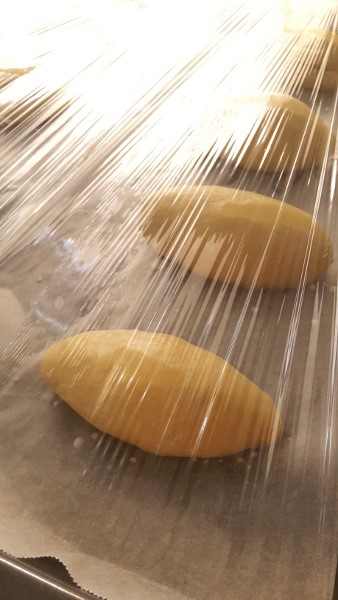 During the Middle Age Maritozzi were the only treat allowed during the Quaresima. They were smaller than the current Maritozzo and enriched with pine nuts and raisins. Sweet buns.

The recipe appears in cook books since 1700. Over the centuries, they became the favorite snack of children and lovers.

In 1800 boys were used to give Maritozzi to girls to court and conquer them, because at that time Maritozzi were longer and very allusive.
Gioacchino Belli named it in his famous poem “Er padre de li santi”.

According to popular tradition Maritozzi were given on the first Friday of March, an ancestor of Saint Valentine’s Day dedicated to lovers.

Sometimes, the  beaux would hide an engagement ring inside the bun. This seems to be the reason of their name: the beaux  is the future husband, and the name maritozzo means “not yet an husband”. The word maritozzo has only been used since the 18th century.

Whatever the true story is, this tender bun remains linked, thanks to his softness and sweetness, to love and courtship. This bond makes maritozzo a little roman “madeleine”.

Where to find your “maritozzo”

In Rome you can find maritozzi in bakeries or pastry shops.
At the Bakery’s you will find simple maritozzi, that could be enriched with raisins and candied fruit; at the pastry shop, maritozzi are richer, more tasteful and often with icing.

You can taste them just like this or ask  for some whipped cream: you will see the pastry chef cut it in the middle, but not completely, and fill it with a generous spoonful of whipped cream. Someone dares to do that with custard. Enjoy!”

The maritozzo is always eaten

In Rome the maritozzi are eaten in the morning with coffee or with cappuccino to have a nice charge to face the day. 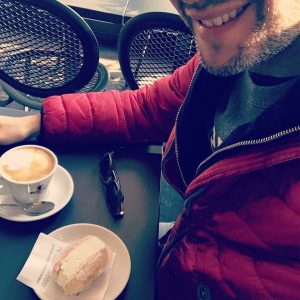 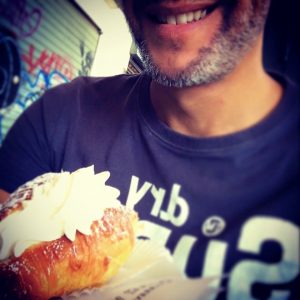 And then they are eaten at night. After a night spent having fun and dancing with friends, when you start to feel hungry, the maritozzo is the better way to wrap up the night before going to sleep. Try that!

But if you are not a night owl, don’t worry! Just taste it for breakfast. Nobody forbids to eat it for lunch, as a snack or for dinner: a maritozzo is good anytime.

The maritozzo in Rome, our best choices

Although the maritozzo doesn’t get along with diet, we indulge on that every now and then, and we have our favorite places. Provided that our personal chef Paola Ciambruschini would make some for us.

In any case eating a maritozzo in company, could help you finding your soul mate!

Enjoy your time in Rome, and let us know the best you’ll eat!